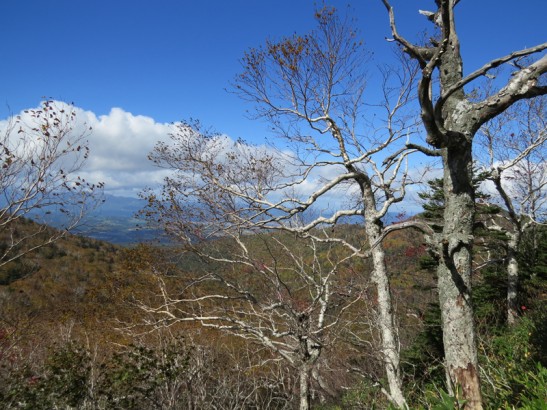 “The Japan Hotspot – Celebrating the Flora of Japan”

Our third lecture “The Japan Hotspot” in the Oxford Academics in Japan series was a big success. The two speakers, Tom Price of the Botanic Garden and Ben Jones of the Harcourt Arboretum were in Japan in autumn this year on a special trip to collect rare seeds from forests in Hokkaido and Niigata. They have identified these areas in Japan as having a particularly high density of both rare and endangered plants. They plan to use the seeds they have collected for conservation, research and education purposes.

Before they came to Japan, Tom and Ben had hoped to collect seeds of 100 species and were delighted to eventually collect 166 species. In their talk, they told us why they thought Japan’s flora was so unique, and told us all about their trip and showed us some of their photos of the rare plants they found. We were joined by a very diverse audience of alumni, business people, and government officials as well as some top Japanese specialists in botany and plant sciences.

Their project was made possible with the help of many partners including several Japanese botanic gardens, universities and government agencies who gave permission for seed-gathering, and also several very generous funders. Tom, Ben and the rest of the University are very grateful for everyone’s support.

To find out more about the activities of Oxford’s Botanic Garden, please take a look at their website. They also have a Facebook page where you can see some of the photos of this project in Japan.