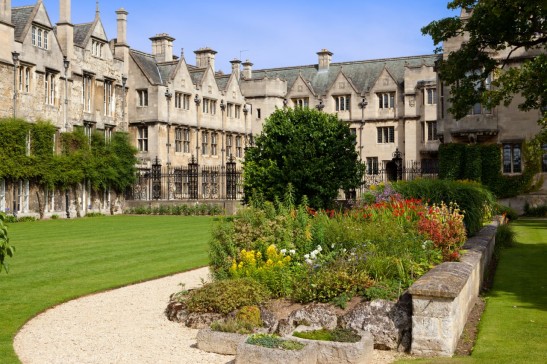 Merton College is celebrating its 750th anniversary in 2014, and is planning an exciting programme of events over the year to mark this important milestone. The highlight will be the Birthday Weekend in Oxford, which falls on the actual anniversary of the College’s foundation, 14 September.

The Warden, Professor Sir Martin Taylor FRS will be visiting Japan at the beginning of the anniversary year and will be hosting a special dinner for Mertonians on Tuesday 21 January 2014 in Tokyo. If you were at Merton and are currently based in Japan, please make sure the College has your contact details so that they can send you information about the dinner.

Merton was founded on 14 September 1264 by Walter de Merton. The College’s Mob Quadrangle is the oldest quadrangle in the University, and the Mob Library is the oldest continuously functioning library for university academics and students in the world. Throughout its long history, Merton has produced many extremely prominent alumni and scholars in all fields in both science and the humanities. Alumni include four Nobel prize winners, the literary greats JRR Tolkien and TS Eliot, the Bodleian Library’s founder Sir Thomas Bodley and, former President and CEO of Sony, Sir Howard Stringer. The Crown Prince of Japan undertook two years of postgraduate research at the College from 1983.

Please find information about the full programme of activities to mark the College’s 750th anniversary on the Merton College website. We hope many Mertonians in Japan will attend the dinner with the Warden in January.