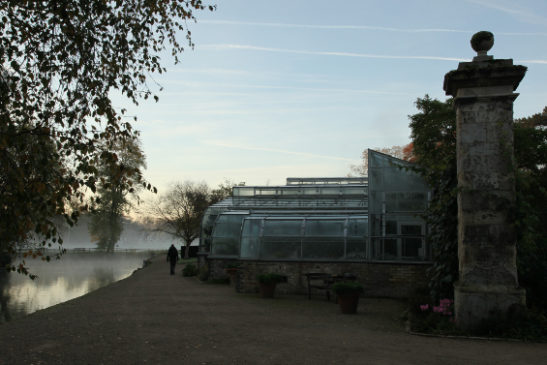 Oxford Botanic Garden – the UK’s oldest botanic garden – is celebrating its 400th anniversary in 2021. There will be a year-long series of events in Oxford and online to celebrate this important anniversary year.

The Oxford Physic Garden was founded on 25 July 1621 and was initially a garden of medicinal plants used to help teach medical students. It gradually became known as the Oxford Botanic Garden to reflect its increasingly significant role in the study of botany.  Now it is a popular attraction in Oxford, and serves to support teaching and research within the University as well as to act as a resource for the general public to view the plant collections and learn more about botany and the role of plants in the natural world.

The Oxford Botanic Garden and Arboretum has a long-standing project with Japan and partners with botanic gardens throughout the country to collect and conserve Japanese flora.

Please visit the Oxford Botanic Garden website to find out more about the events and other initiatives being planned to celebrate this anniversary year.

Tokyo: Art and Photography is a new exhibition at the Ashmolean Museum, exploring various aspects of the vibrant and ever-changing...

WildCRU is the University of Oxford's wildlife conservation unit. In this article we introduce their work protecting clouded leopards in...

Bookings are now open for Meeting Minds Global, our popular alumni event which will next take place online from 13...